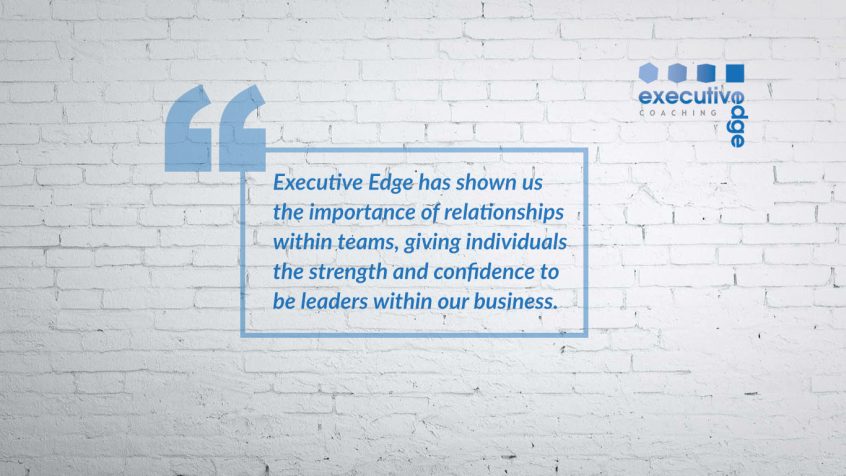 The Background
Executive Edge previously worked closely with the HR manager from a large Plc. The Human Resources Manager felt that several of their internal managers could not see their own weaknesses, and as a result were not making the right decisions within the business. On the other end of the spectrum, some managers did not yet feel confident enough to implement the changes they deemed necessary for improvement. She wanted to give these managers the tools to implement their ideas and work to become stronger leaders; this is where EEC came in.
Why They Chose Executive Edge Coaching
The HR Manager was searching for a company to work with and chose EEC as she believed that being a smaller company, EEC offered more personal interaction. This suited them perfectly as Bev tailored the training to the team’s specific needs.

The Results
EEC helped the managers develop the ability to lead their teams more effectively by learning to evaluate their own decisions. By using relationship building and effective leadership training, they developed their communication skills and learned how to communicate their ideas and implement plans throughout the business. HR Manager continues to work with EEC as she believes that there is always room to improve and grow.
They are now embarking on a bespoke development package with EEC for their top-level managers so that they can roll out the techniques throughout the whole business. EEC offered new ways of thinking and worked with the individuals to realise where they needed help. (HR Manager) my most memorable point working with EEC was seeing that lightbulb moment in her staff – when they realised they can make a difference to the whole company and gain the confidence to act and make that difference.

If you would like to have a confidential discussion about how we could help
support your leadership teams, then why not get in touch?
Call 01594 564803 or email us at bevcouzenseec@gmail.com