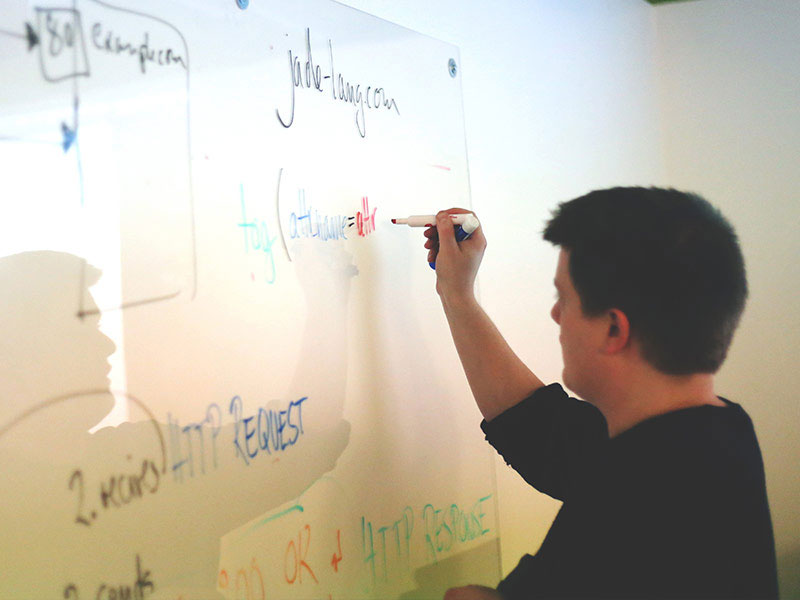 We got referred to them. We’ve worked with some executive mentors over the last 10 years and they’ve all been on Bev’s courses and they all really recommended it. I went on one of the courses to start off with and saw how good it was. We then put together a bespoke programme for some up and coming future leaders. 13 people went through the programme. She helped us design it and put all of that together, that was a massive success and there were nine promotions because of that.

What were your initial impressions of Executive Edge?

Bev clearly knows her stuff. I think Bev had got gravitas herself, and considering that the bulk of her work is to help other people, you get that whole leadership confidence feel around what they do. As soon as she walks into the room you can tell that. They are really knowledgeable about everything that they do. They are astute business people but are also able to build great relationships with people and know their stuff.

What were the challenges that you had at the time? What problem(s) did Executive Edge solve for you?

We had huge high growth in our business, and often in those situations people find themselves in roles that might be a little out of their depth. You need to get them to that next level and you’re not always sure how to do it. You might not be mature enough yourself, you might not have people in the organisation that can bring people up to where they need to be. That’s been the challenge all along. Bev helped us identify that with the mentors I was already working with. The business problem was, to put it more succinctly, unlocking the existing talent to prepare for the future rather than risking expensive mistakes by hiring outside people to management positions, which can quite often go wrong. Definitely helped us with that, and also helped us bring a few leaders along the journey when they probably would have fallen off the radar otherwise. When you’re in a high growth company, the company grows faster than the talent, so Bev has helped is to keep pace and grow the talent in line with the company which has obviously paid off because you don’t lose all of that expertise that you’ve built.

How is your business different now that after your work with Executive Edge?

It was all successful. There’s people who aren’t there any more, and that’s a success. They weren’t able to make that step change, the course helped us to be able to identify that in them. There’s a common language now between the people who have been on the course. There’s a language on Bev’s course that helps you bond as a team, so it’s helped team relationships and working relationships. We still use one of the tools that Bev gave us on the course today, throughout the business. There’s some people who had promotions and it didn’t work out, but they’re still with the business and the course helped us identify that potentially they had talent but it wasn’t in the areas that maybe we thought it was. They’ve now become key members of the team in another capacity, they’re not all leaders and managers but they are all key people. It can be difficult when you know that someone’s got potential, you can just tell, it’s all about where you focus that and drive it. Probably the biggest impact Bev’s had on us, from working with us over the years, not only has she done the courses but I’ve also imbedded that in myself as a HR professional. So, working with her has helped me understand more about what we would be looking for in our leadership. I think we started working with her about 10 years ago, we still are today which has to tell you a lot. We just sent someone on a course now who has got potential, and the first thing I think of when you’ve got people like that who are held back by their own limiting beliefs is Bev’s course. It helps you unleash all of that. Someone who’s got massive potential, we want to retain them, they’re going to add massive value to the business, but their manager just doesn’t know what to do with them.

Her whole approach. She tries to understand your organisation, it’s not one size fits all. It’s also the way that that she designed everything, not just her as a person, everyone takes away something different from the courses that she runs. She holds your hand through the whole process so she’s always there on the end of the phone if you need her and not all providers do that. With Bev you can tell she’s invested in what she does, she cares about what she does, so you know that the people on the course are in safe hands. She’s just brilliant! If you need her she’s there.

Any teething problems? If so, how did Executive Edge deal with those?

The only problem we ever had was when she was at a critical growth stage herself, she was being inundated with a lot of stuff, so her replies got a little bit slower. But, it’s about the way that you handle that and she explained the situation and said look, this is the situation, we’re looking for some more people to come and join us to help out with the workload, and it was dealt with very quickly.

What was the single most memorable incident in your involvement with Executive Edge?

If it wasn’t for Bev, I wouldn’t be where I am now, 100%. There was someone who went on one of Bev’s courses very early on in their career with us, because we saw the potential in them. Now, without a shadow of a doubt, they are the best manager in our business. They didn’t have much confidence, didn’t really believe in themselves. You don’t get much thanks in HR but they personally thanked me for putting them on that course, they think that it’s really helped their career development. This was about a year ago and since then they’ve gone at least two rungs up the promotion ladder. They’ve had some tough times because our business is a bit like that but I do think the course helped them with their resilience and their confidence.  Part of the language on the course is about how you conduct yourself and you learn that as a leader, and I’ve heard them regurgitate that to their team.

Would you recommend Executive Edge to other businesses?

If you’re looking for results, someone to support you through a journey of growth for your business, and identify your talent and help them move to the next level then executive edge are definitely the providers to be working with.